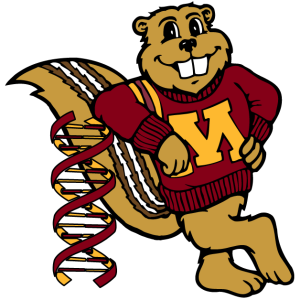 in order to advance two broad themes: 1) the development of novel nucleic acid-based imaging, analytical, and diagnostic technologies and 2) the elucidation of unanticipated roles for nucleic acids in vivo.

Theme 1: GFP and other fluorescent proteins have enjoyed over twenty years of extraordinary success as tools for cellular and whole-organism imaging and readout. In the late 1990’s, it was shown that this protein could be fused to an RNA-binding protein from the MS2 bacteriophage and used to image RNA within cells. This approach has numerous downsides, however, including the fact that the parent MS2 protein is trafficked to the nucleus, and it exhibits a high background as a result of diffuse GFP signals from non-localized GFP. Thus, a great deal of interest has developed in the last few years in direct imaging of RNA using aptamers selected de novo that promote fluorescence of a cognate small molecule ligand that is not fluorescent except when bound to its aptamer target. With robust aptamers capable of doing this, RNA could be imaged directly with inherent low background fluorescence. We are working towards engineering and selecting brighter, more photostable, better-folding aptamers (and improved small molecule ligands for these aptamers) that are capable of allowing us to directly probe arbitrary RNAs of interest in complex systems, such as primary neuron cultures and whole model organisms.

Theme 2: A wide range of nucleic acid structures exist beyond the well-known extended Watson-Crick duplex. Noncanonical secondary structures, such as four stranded G Quadruplexes, are formed by the G-rich (TTAGGG)n repeat found in the vertebrate telomere sequence, numerous promoters for proto-oncogenes, such as c-myc and c-kit, and the BCL2 major breakpoint region of the t(14;18) translocation in follicular lymphoma. Recently, Lin28, in addition to its well-known role in regulation of let-7 maturation, was observed to act as a nucleic acid folding chaperone, remodeling quadruplex nucleic acids. Similarly, even duplex DNA can exhibit noncanonical structures, such as supercoiling, as found in plasmids and DNA undergoing replication, and condensation, as observed in chromatin. Our laboratory is studying the roles of noncanonical nucleic acid structures in regulation of gene expression and their possible roles in disease states.

Our laboratory uses a wide range of techniques spanning the spectrum from chemistry to biology, from microscopy and cell/tissue culture to biophysics and organic chemistry.

Links to previous publications by category are given below.

Interactions of Nucleic Acids with Solvent, Ions, and Small Molecules

Self-Assembly in the Emergence of Life and Early Life