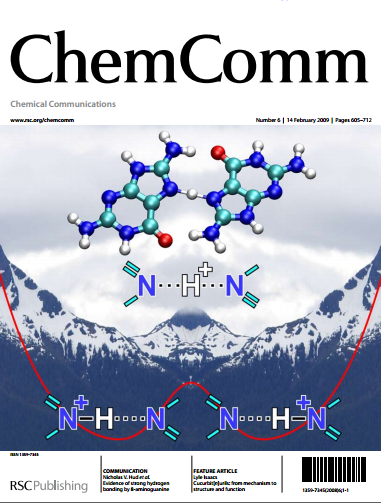 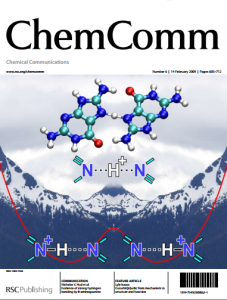 Of the molecular recognition tools available to supramolecular chemists, hydrogen bond complementarity is arguably the most often-used and conceptually easiest to appreciate. Rationally-designed assemblies that use hydrogen bond complementarity are sometimes described as ‘‘DNA mimics’’ or ‘‘DNA-like,’’ in reference to the selective hydrogen bonding of Watson–Crick base pairs. Here, we propose that a subclass of hydrogen bonds could further expand the supramolecular toolbox. Using a model system of oligonucleotides with modified guanine residues, we demonstrate the ability of strong hydrogen bonds to drive duplex formation with non-Watson–Crick base pairs.

In this work, we found that a strand of DNA comprised of a special nucleobase called 8-aminoguanine was capable of forming a unusually stable structure with itself. Based on evidence from the chemical spectra of this structure, it appeared that it was a duplex, much like that reported for the RNA strand containing the same base another group studied. What we found, based on spectral and computational studies, was that this self-structure’s unusual stability, at least in part, was due to a special kind of bond formed between a hydrogen atom and two nitrogen atoms that are chemically identical. Additionally, this interaction was sensitive to the pH of the solution. As a result of the strength of this interaction and its “tunability” with pH, it could be useful in designing “smart” assemblies that can be switched on or off with acid or base.