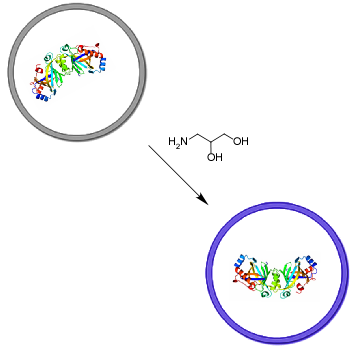 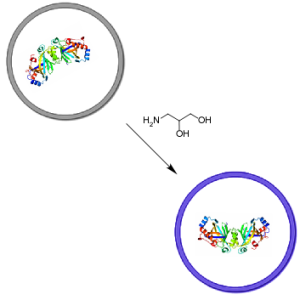 One widely held model of early life suggests primitive cells consisted of simple RNA-based catalysts within lipid compartments. One possible selective advantage conferred by an encapsulated catalyst is stabilization of the compartment, resulting from catalyst-promoted synthesis of key membrane components. Here we show model protocell vesicles containing an encapsulated enzyme that promotes the synthesis of simple fatty acid derivatives become stabilized to Mg2+, which is required for ribozyme activity and RNA synthesis. Thus, protocells capable of such catalytic transformations would have enjoyed a selective advantage over other protocells in high Mg2+ environments. The synthetic transformation requires both the catalyst and vesicles that solubilize the water-insoluble precursor lipid. We suggest that similar modified lipids could have played a key role in early life, and that primitive lipid membranes and encapsulated catalysts, such as ribozymes, may have acted in conjunction with each other, enabling otherwise-impossible chemical transformations within primordial cells.